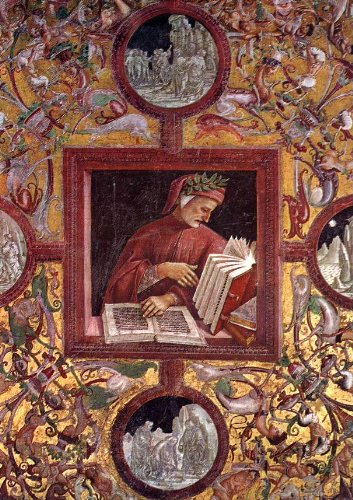 De Monarchia is a Latin treatise on secular and religious power by Dante Alighieri, who wrote it between 1312 and 1313. With this text, the poet intervened in one of the most controversial subjects of his period: the relationship between secular authority (represented by the Holy Roman Emperor) and religious authority (represented by the Pope). Dante’s point of view is known on this problem, since during his political activity he had fought to defend the autonomy of the city-government of Florence from the temporal demands of Pope Boniface VIII. The work was banned by the Catholic church in 1585.