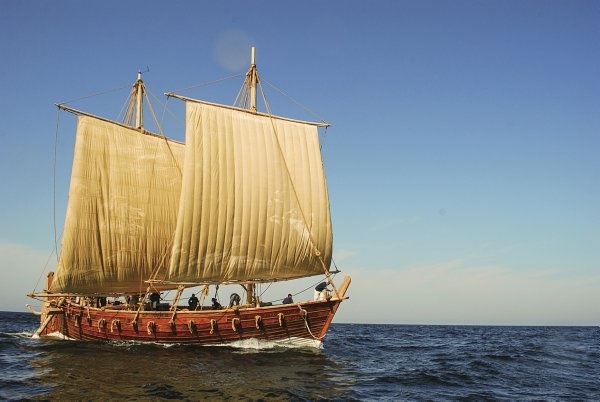 From the beginning of history to the present, a sweep of the world’s oceans and seas and how they have shaped the course of civilization.

From the author of the acclaimed The Great Sea, (“Magnificent . . . radiates scholarship and a sense of wonder and fun,” Simon Sebag Montefiore; Book of the Year, The Economist), David Abulafia’s new book guides readers along the world’s greatest bodies of water to reveal their primary role in human history. The main protagonists are the three major oceans–the Atlantic, the Pacific, and the Indian–which together comprise the majority of the earth’s water and cover over half of its surface. Over time, as passage through them gradually extended and expanded, linking first islands and then continents, maritime networks developed, evolving from local exploration to lines of regional communication and commerce and eventually to major arteries. These waterways carried goods, plants, livestock, and of course people–free and enslaved–across vast expanses, transforming and ultimately linking irrevocably the economies and cultures of Africa, Europe, Asia, and the Americas.

Far more than merely another history of exploration, The Boundless Sea shows how maritime networks gradually formed a continuum of interaction and interconnection. Working chronologically, Abulafia moves from the earliest forays of peoples taking hand-hewn canoes into uncharted waters, to the routes taken daily by supertankers in the thousands. History on the grandest scale and scope, written with passion and precision, this is a project few could have undertaken. Abulafia, whom The Atlantic calls “superb writer with a gift for lucid compression and an eye for the telling detail,” proves again why he ranks as one of the world’s greatest storytellers.

Adorno, The Stars Down to Earth and Other Essays on the Irrational in Culture