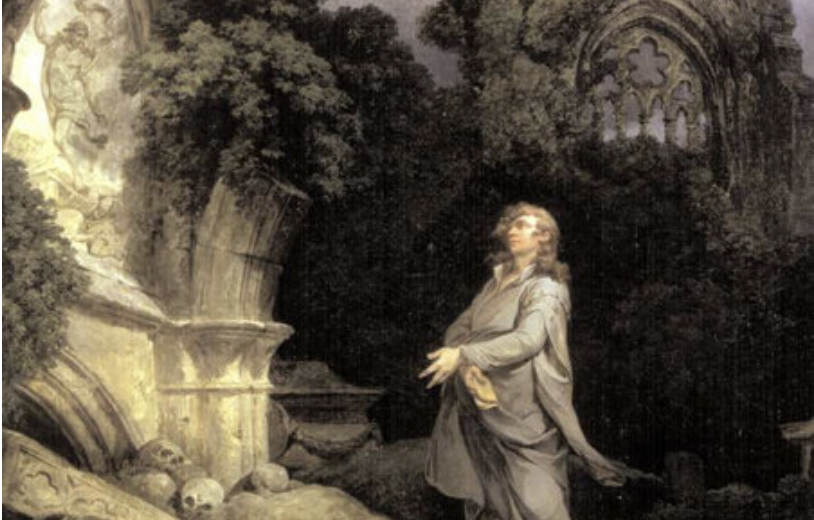 Burke, A Philosophical Enquiry into the Origin of our ideas of the Sublime and Beautiful

A Philosophical Enquiry into the Origin of Our Ideas of the Sublime and Beautiful is a 1757 treatise on aesthetics written by Edmund Burke. It was the first complete philosophical exposition for separating the beautiful and the sublime into their own respective rational categories. It attracted the attention of prominent thinkers such as Denis Diderot and Immanuel Kant.

The idea of the sublime is central to a Romantic’s perception of, and heightened awareness in, the world. It was Edmund Burke, who in 1757 published a treatise of aesthetics called A Philosophical Enquiry into the Origin of our Ideas of the Sublime and Beautiful, and therefore provided the English Romantic movement with a systematic analysis of what constitutes the sublime, and the various qualities which it possesses, and hence gave the English Romantics a theoretical foundation, and a legitimacy, to their artistic expression.

Consistent with the dominant philosophical way of thinking in Britain during his life, Burke was an empiricist. That is, he believed that the formation of our ideas, and our knowledge of the natural world, is derived from our sensory experience, which is determined by our senses, perceptions or passions (feelings or emotions). This is to be contrasted with the rationalist school of thought, which asserts that knowledge of innate ideas can be arrived at through intuition and reasoning alone, independently of the passions. For Burke, it is the passions (as represented in our imagination), not reason, which determines how and what we see, hear and feel in the world.

Like most empiricists, Burke sought to apply a scientific method to his chosen subject-matter, so in the Enquiry he undertakes a scientific investigation into our various passions, and uses the collected evidence to explain the nature and power of the sublime. His Enquiry opens with an introductory discussion on taste, where he observes that although we have a shared sensory apparatus, our idea and knowledge of a particular taste (and whether we like it or not) is the product of our own individual physical experience, combined with our social and cultural context:

Thus opium is pleasing to the Turks, on account of the agreeable delirium it produces. Tobacco is the delight of Dutchmen, as it diffuses a torpor and pleasing stupefaction. Fermented spirits please our common people, because they banish care, and all consideration of future or present evils.

Burke then turns to his observations on the sublime. He asserts that ideas of pain are much more powerful than those of pleasure, and that the strongest pain of all is the fear of death, which causes terror. As such:

Whatever is fitted in any sort to excite the ideas of pain, and danger, that is to say, whatever is in any sort terrible, or is conversant about terrible objects, or operates in a manner analogous to terror, is a source of the sublime; that is, it is productive of the strongest emotion which the mind is capable of feeling.

The sublime, then, is our strongest passion, and it is grounded in terror. Yet it is not exclusively an unpleasant emotion, for danger or pain can, in certain circumstances, give us delight. And the sublime has other qualities: it overwhelms our faculty of reason, such that we are rendered incapable of rational thought. As Burke puts it:

The passion caused by the great and the sublime in nature, when those causes operate most powerfully, is Astonishment; and astonishment is that state of the soul, in which all its motions are suspended, with some degree of horror.

This heightened state of astonishment, where reason is driven out by “an irresistible force”, and “the mind is so entirely filled with its object, that it cannot entertain another”, is more terrible to us when it is accompanied with a sense of the unknown (or what Burke calls obscurity). For Burke, obscurity is an absence of clarity, whether in the sensory darkness of sight (or blinding lightness), or mental uncertainty of thought. As he observes, “everyone will be sensible to this, who considers how greatly night adds to our dread”. He notes how religions have used darkness to create fear, such that “the druids performed all their ceremonies in the bosom of the darkest woods, and in the shade of the oldest and most spreading oaks”. Further, it is vastness, or “greatness of dimension”, which is “a powerful cause of the sublime”, where “looking down from a precipice” on a mountain has greater impact depending of its depth and steepness, and where “the effects of a rugged and broken surface seem stronger than where it is smooth and polished”. Finally, another source of the sublime is what Burke calls infinity, where the eye is not able to “perceive the bounds” of something, or “see an object distinctly”, and this gives rise to a “terrible uncertainty of the thing” perceived. For Burke: “Infinity has a tendency to fill the mind with that sort of delightful horror, which is the most genuine effect, and truest test of the sublime”.

Burke believed that poetic verse is the most powerfully effective art form in evoking an emotional response, and Milton’s Paradise Lost the finest example of “heightening, or of setting terrible things”. In Milton’s description of Death, says Burke, it “is astonishing with what a gloomy pomp, with what a significant and expressive uncertainty of strokes and colouring he has finished the portrait of the king of terrors. The other shape, If shape it might be called that shape had none Distinguishable,…….black he stood as night: Fierce as ten furies: terrible as hell:…… In this description all is dark, uncertain, confused, terrible, and sublime to the last degree.” 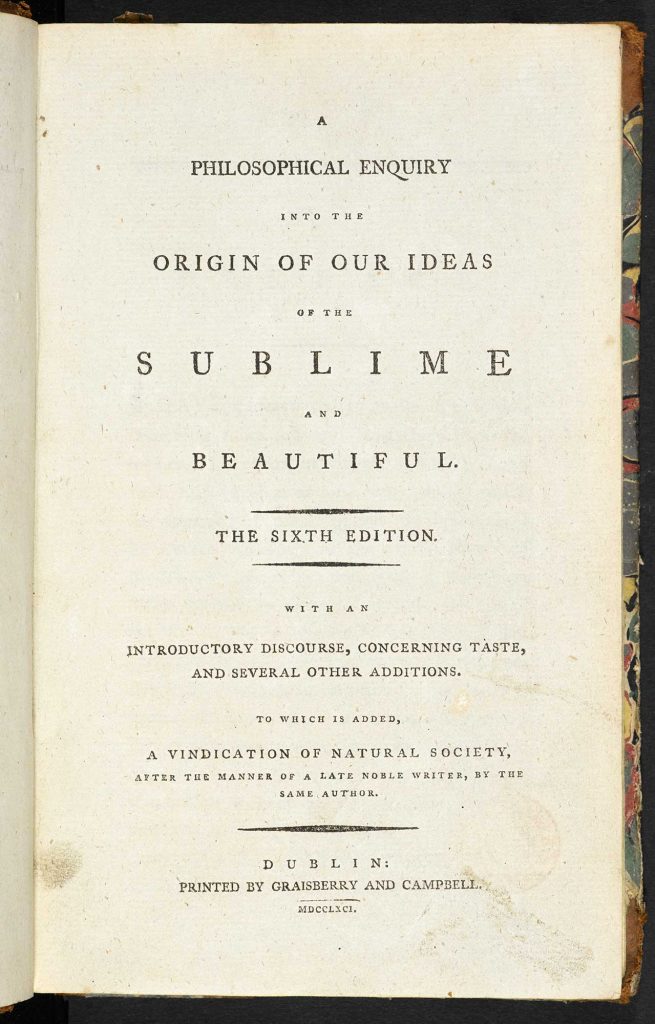