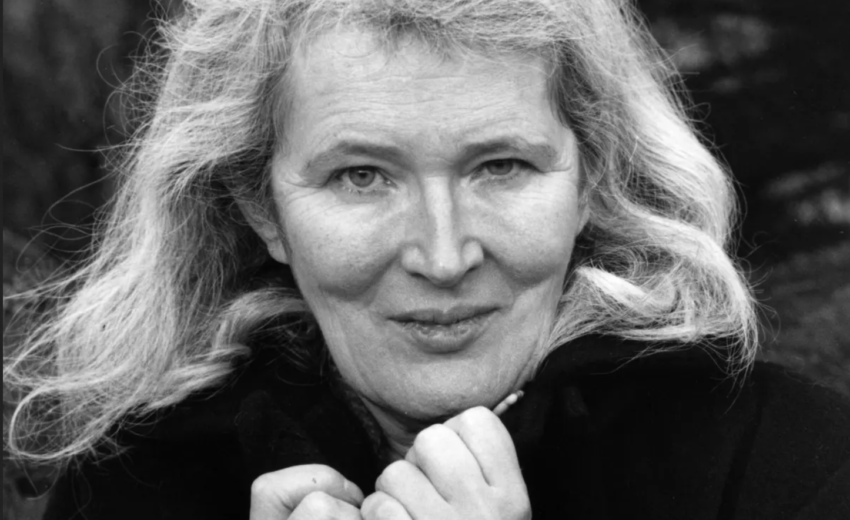 The Bloody Chamber (or The Bloody Chamber and Other Stories) is a collection of short fiction by English writer Angela Carter. It was first published in the United Kingdom in 1979 by Gollancz and won the Cheltenham Festival Literary Prize. The stories share a theme of being closely based upon fairytales or folk tales. However, Carter has stated:

My intention was not to do ‘versions’ or, as the American edition of the book said, horribly, ‘adult’ fairy tales, but to extract the latent content from the traditional stories.

The anthology contains ten stories: “The Bloody Chamber”, “The Courtship of Mr Lyon”, “The Tiger’s Bride”, “Puss-in-Boots”, “The Erl-King”, “The Snow Child”, “The Lady of the House of Love”, “The Werewolf”, “The Company of Wolves” and “Wolf-Alice”.

The tales vary greatly in length, with the novelette “The Bloody Chamber” being “more than twice the length of any of the other stories, and more than thirty times the length of the shortest [the vignette “The Snow Child”].”

The anthology’s contents are also reprinted in Carter’s Burning Your Boats.

Carter, The Sadeian Woman and the Ideology of Pornography