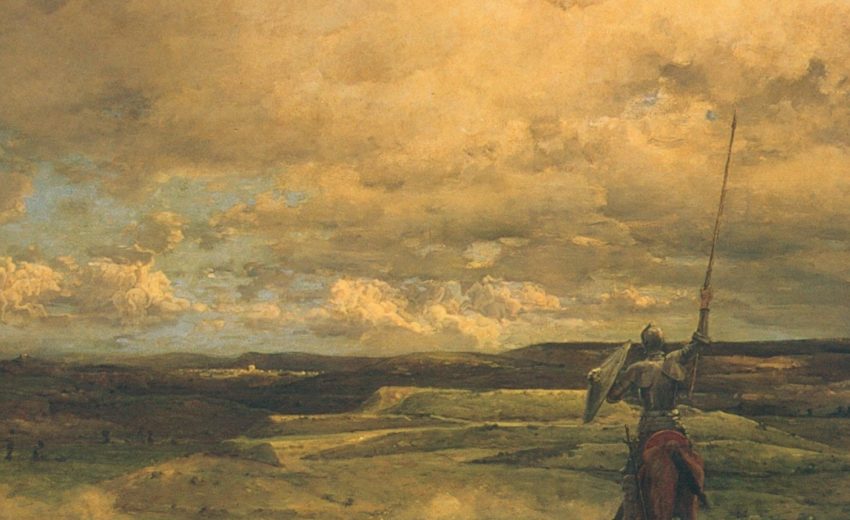 Don Quixote is a novel by Miguel de Cervantes. The book, published in two parts (1605 and 1615) is considered to be the first modern novel. It was first written in Spanish, and soon afterwards was translated to English by Thomas Shelton.

It is about Alonso Quixano, a rich middle-aged man. Quixano, having read many tales about chivalry and knights, goes crazy and believes that he is a knight named Don Quixote. He rides around the country with his squire, Sancho, having adventures. He believes his adventures are real, but everyone else laughs at him.

One of the most famous stories in the book is Don Quixote’s fight with the windmills. He sees some windmills and thinks they are giants. When he rides to fight with them, he is knocked off his horse. Sancho tells him they are only windmills, but Don Quixote does not believe him. He is sure a magician changed windmills into the giants to hurt him.

At the end of the book, Alonso Quixano returns home, hurt badly. He becomes sane again, then dies. 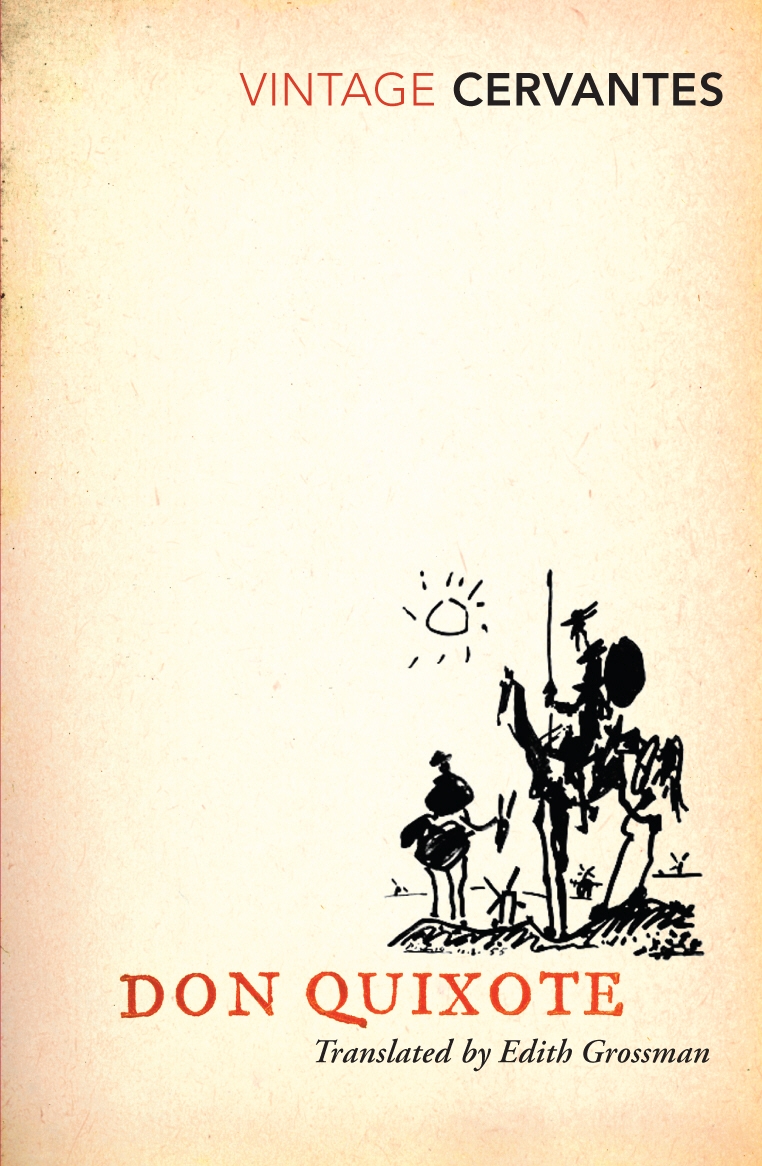 Chomsky, Aspects of the Theory of Syntax