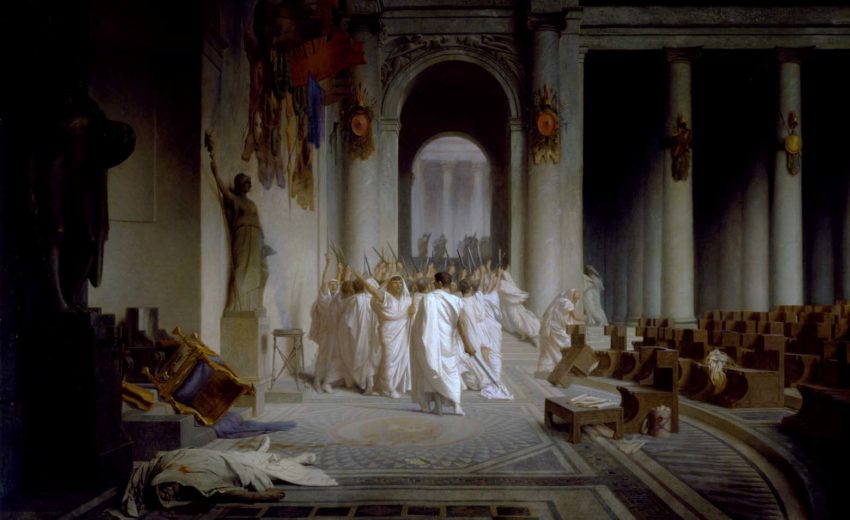 The Philippics are a collection of 14 speeches delivered by Cicero against the character of Marc Antony. The speeches were given in front of the Roman Senate, after the end of the Civil War, and the assassination of Julius Caesar. While Cicero had not been apart of the conspiracy to kill Caesar, he agreed with it in principal, and urged Brutus and Cassius to kill Marc Antony as well.The speeches were effective in convincing the Senate to declare Marc Antony an enemy of the state and send an army against Marc Antony, who has attempting to take Cisalpine Gaul by force. Cicero was at the height of his popularity in Rome. At the Battle of Mutina, the army sent by the Senate was victorious over Antony, but its two commanders were killed in battle while pursuing Antony into Transalpine Gaul. That army fell into the command of Octavian, the legal heir to Julius Caesar. Octavian and Antony next entered into a Triumvirate with Lepidus, and joined forces to exact revenge against Caesars assassins. Before marching east to confront the armies amassing under Brutus and Cassius, the Triumvirate proscribed a list of enemies that were to be murdered. The Philippics against Antony had earned Cicero a place on the list.

Cicero, On the Nature of the Gods