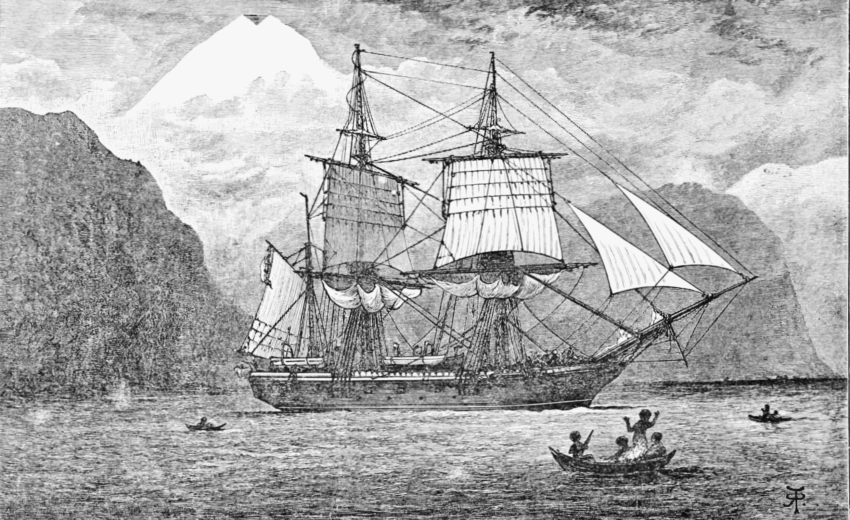 Darwin, Voyage of the Beagle Round the World

The Voyage of the Beagle is the title most commonly given to the book written by Charles Darwin and published in 1839 as his Journal and Remarks, bringing him considerable fame and respect. This was the third volume of The Narrative of the Voyages of H.M. Ships Adventure and Beagle, the other volumes of which were written or edited by the commanders of the ships. Journal and Remarks covers Darwin’s part in the second survey expedition of the ship HMS Beagle. Due to the popularity of Darwin’s account, the publisher reissued it later in 1839 as Darwin’s Journal of Researches, and the revised second edition published in 1845 used this title. A republication of the book in 1905 introduced the title The Voyage of the “Beagle”, by which it is now best known.

Beagle sailed from Plymouth Sound on 27 December 1831 under the command of Captain Robert FitzRoy. While the expedition was originally planned to last two years, it lasted almost five—Beagle did not return until 2 October 1836. Darwin spent most of this time exploring on land (three years and three months on land; 18 months at sea). The book is a vivid travel memoir as well as a detailed scientific field journal covering biology, geology, and anthropology that demonstrates Darwin’s keen powers of observation, written at a time when Western Europeans were exploring and charting the whole world. Although Darwin revisited some areas during the expedition, for clarity the chapters of the book are ordered by reference to places and locations rather than by date.

Darwin’s notes made during the voyage include comments hinting at his changing views on the fixity of species. On his return, he wrote the book based on these notes, at a time when he was first developing his theories of evolution through common descent and natural selection. The book includes some suggestions of his ideas, particularly in the second edition of 1845.

Darwin, The Variation of Animals and Plants under Domestication