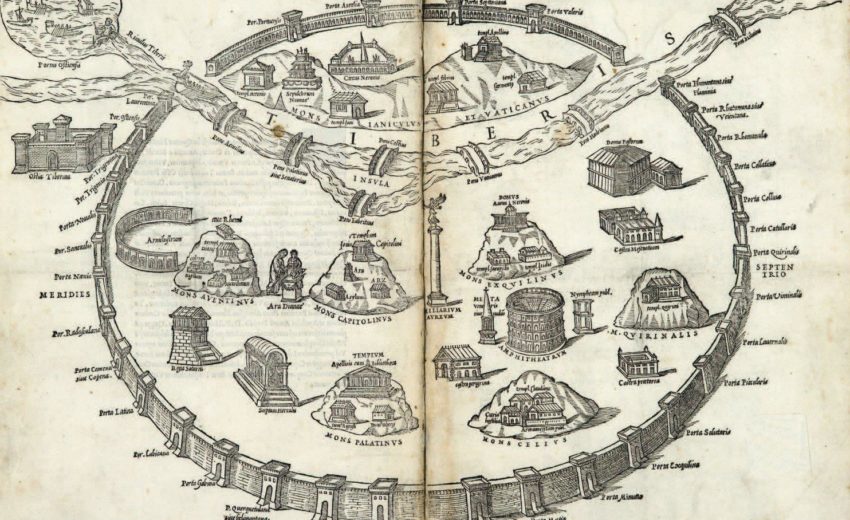 Antiquitates Urbis furnished more than a new guide to the antiquities of Rome seen by a humanist’s critical eye, the first of a genre of antiquarian topographical studies that extends to our time. It also remarked upon the introduction of printing to Rome in the previous generation and identified a few collections, such as Angelo Colocci’s antiquities in his villa beside the Aqua Virgo and Andrea Cardinal della Valle’s Roman coins. Many of the astute observations recorded in Fulvio’s Antiquitates Urbis have withstood time’s tests: the half-lifesize Roman bronze Camillus, then known as the Zingara (“Gypsy Woman”), he first identified as a young serving lad, and the Marphurius he recognized as a reclining river god, a Roman iconographical type unknown to the previous generations of antiquarians. He remarked upon the pacifying gesture of the equestrian Marcus Aurelius. 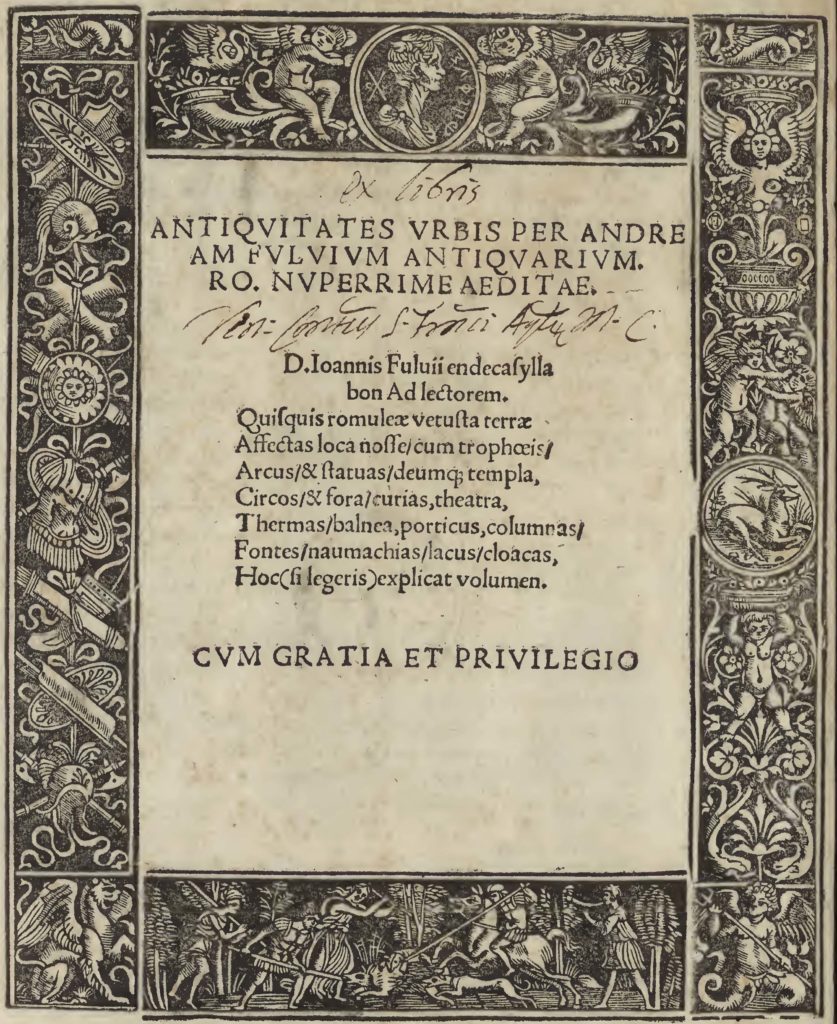