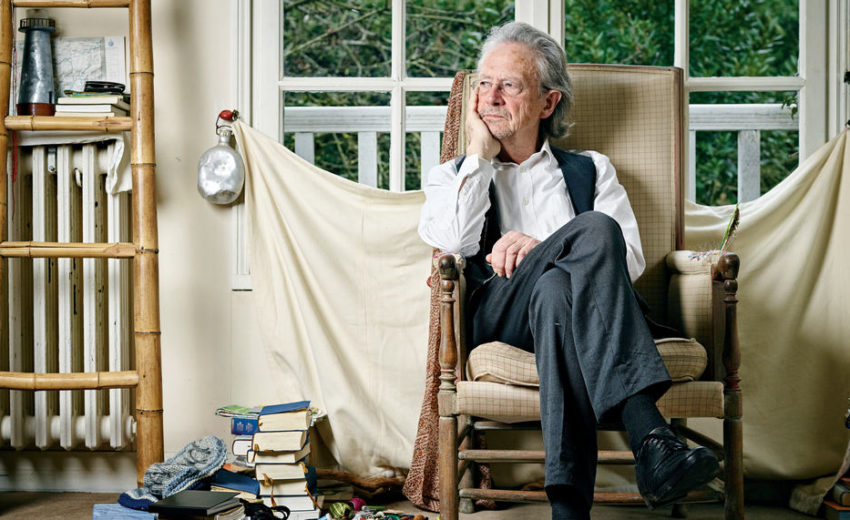 In this visionary novel, Nobel Prize winner Peter Handke offers descriptions of objects, relationships, and events that teach readers a renewed way of seeing; he creates a wealth of images to replace those lost to convention and conformity.

On the outskirts of a northwestern European river port city lives a powerful woman banker, a public figure admired and hated in equal measure, who has decided to turn from the worlds of high finance and modern life to embark on a quest. Having commissioned a famous writer to undertake her “authentic” biography, she journeys through the Spanish Sierra de Gredos and the region of La Mancha to meet him. As she travels by all-terrain vehicle, bus, and finally on foot, the nameless protagonist encounters five way stations that become the stuff of her biography and the biography of the modern world, a world in which genuine images and unmediated experiences have been exploited and falsified by commercialization and by the voracious mass media.

Crossing the Sierra de Gredos is a very human book of yearning and the ancient quest for love, peopled with memorable characters (from multiple historical periods) and imbued with Handke’s inimitable ability to portray universal, inner-worldly adventures that blend past, future, present, and dreamtime.