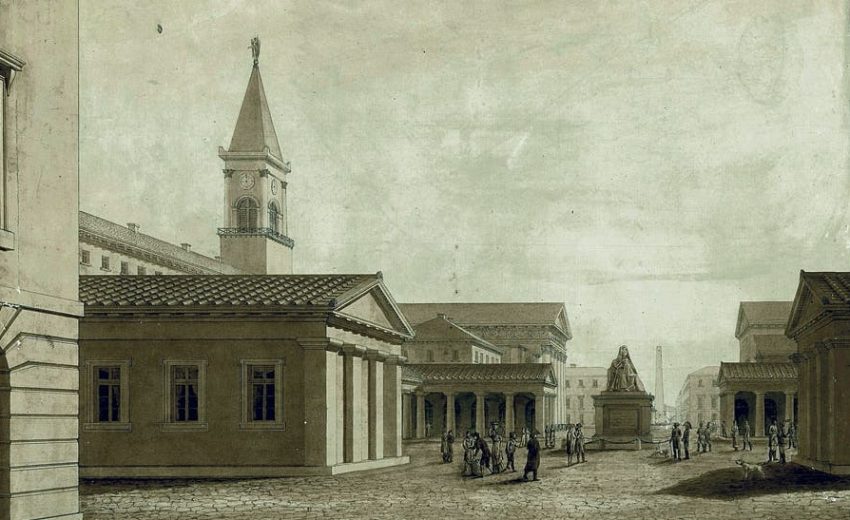 Hübsch, In What Style Should We Build

When Heinrich Hübsch published In What Style Should We Build? in 1828, German Neoclassicism―like its counterpart in France―was in rapid descent, thereby opening the question of what would follow. Could architects continue to draw from the classical wellspring? Could these aesthetic principles be augmented by those of the Romanesque or Gothic periods? Could an entirely new and non-historical architecture be forged?

Hübsch’s provocative argument, which insisted that the technical progress and changed living habits of the nineteenth century had once and for all rendered Neoclassical principles antiquated, touched off a lively, two-decade debate among architects, historians, and critics. This controversy led to a new nineteenth-century style and set the stage for the foundation of Modernism in the last decades of the century.

Of particular import is Carl Bötticher’s incisive analysis of the theoretical landscape written in 1846 in which he proffered for the first time the possibility of a new style based solely upon the structural and spatial innovations of iron construction. The broad outlines and meaning of this debate are delineated by Wolfgang Herrmann in his excellent introduction.

Wolfgang Herrmann received his doctorate from the University of Leipzig in 1924. His books include The Theory of Claude Perrault and Gottfried Semper: In Search of Architecture.

“This clear, step-by-step rational exposition of past styles, followed by an assessment of their virtues and flaws, and recommendations of how to adapt the best qualities of the essayists’ favorite style to the needs of the first half of nineteenth-century Germany is a treat to read, thanks to Mr. Hermann’s translation.”
—Art Documentation 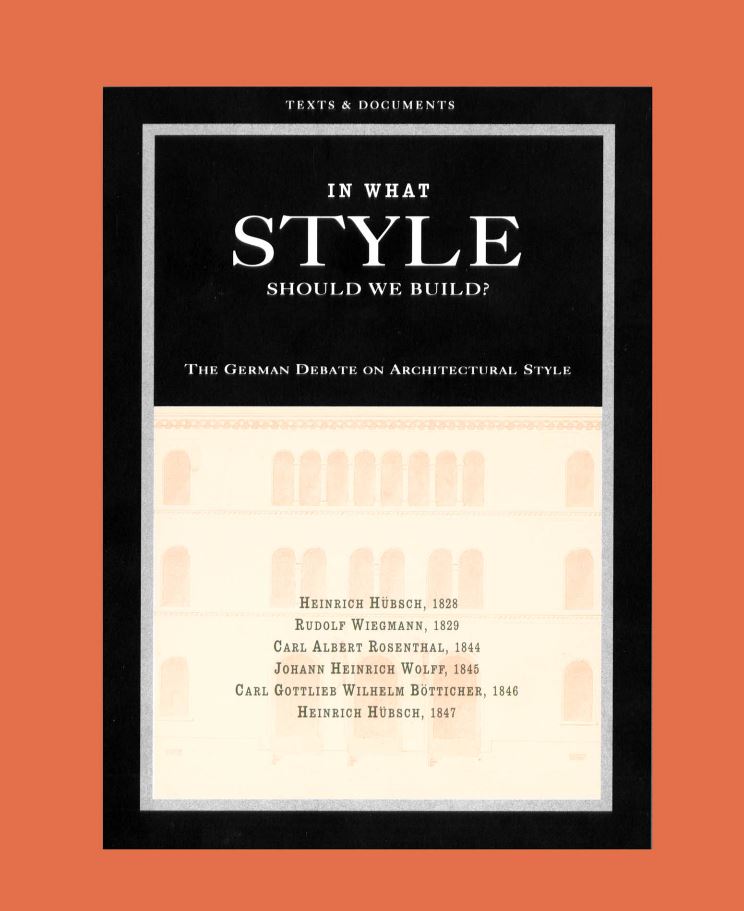