Rhythmanalysis is a collection of essays by Marxist sociologist and urbanist philosopher Henri Lefebvre. The book outlines a method for analyzing the rhythms of urban spaces and the effects of those rhythms on the inhabitants of those spaces. It builds on his past work, with which he argued space is a production of social practices.

The book is considered to be the fourth volume in his series Critique of Everyday Life. Published in 1992 after his death, Rhythmanalysis is the last book Lefebvre wrote.

Lefebvre’s concept of rhythm concerns the repetition of a measure at a frequency. He identifies two kinds of rhythms: cyclical rhythms, which involve simple intervals of repetition, and alternating (or linear) rhythms. An example of a cyclical rhythm would be day fading into night, and night brightening into day; a linear rhythm might be the flow of information from a television set. Additionally, rhythms may be nested within each other; for example, the broadcast of the local news at set intervals throughout the day, throughout the week, is an example of a nested rhythm. In a less abstract fashion (or perhaps only abstract in a different fashion), Lefebvre asserts that rhythms exist at the intersection of place, time and the expenditure of energy.

Lefebvre posits that the human body is composed of several rhythms; in order to observe rhythms outside of the body, the rhythmanalyst must use her or his own rhythms as a reference to unify the rhythms under analysis. Properly put, the rhythm is the conjunction of the rhythmanalyst and the object of the analysis. 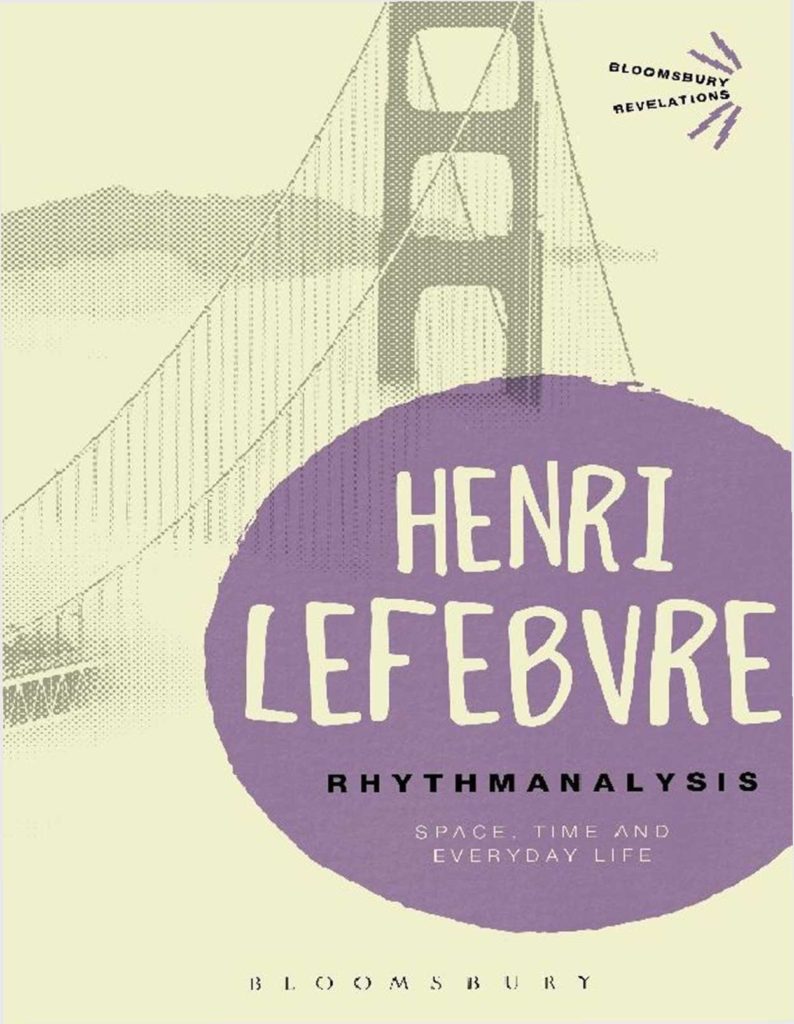