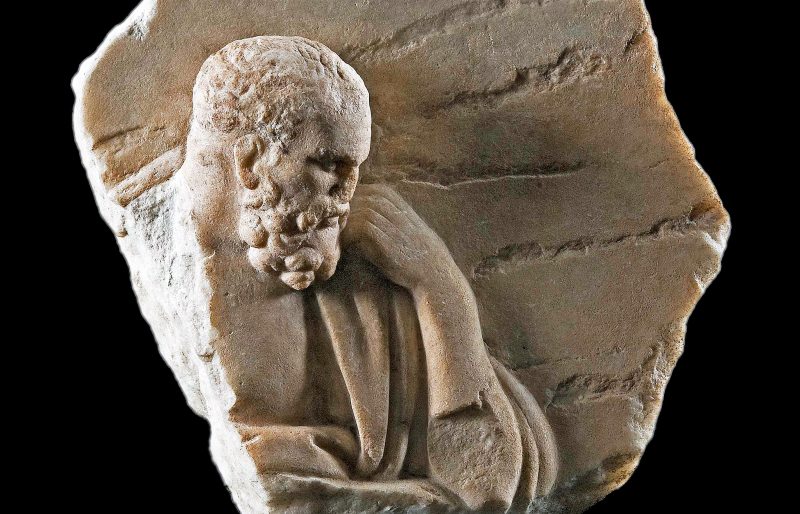 Anaximander was a pre-Socratic Greek philosopher who lived in Miletus, a city of Ionia (in modern-day Turkey). He belonged to the Milesian school and learned the teachings of his master Thales. He succeeded Thales and became the second master of that school where he counted Anaximenes and, arguably, Pythagoras amongst his pupils.

Little of his life and work is known today. According to available historical documents, he is the first philosopher known to have written down his studies, although only one fragment of his work remains. Fragmentary testimonies found in documents after his death provide a portrait of the man.

Anaximander was an early proponent of science and tried to observe and explain different aspects of the universe, with a particular interest in its origins, claiming that nature is ruled by laws, just like human societies, and anything that disturbs the balance of nature does not last long. Like many thinkers of his time, Anaximander’s philosophy included contributions to many disciplines. In astronomy, he attempted to describe the mechanics of celestial bodies in relation to the Earth. In physics, his postulation that the indefinite (or apeiron) was the source of all things led Greek philosophy to a new level of conceptual abstraction. His knowledge of geometry allowed him to introduce the gnomon in Greece. He created a map of the world that contributed greatly to the advancement of geography. He was also involved in the politics of Miletus and was sent as a leader to one of its colonies.