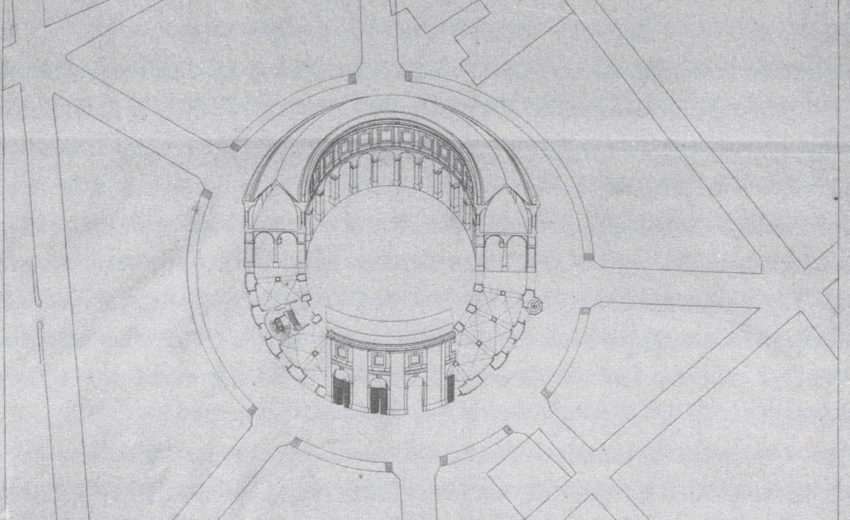 Nicolas Le Camus de Mézières (1721–circa 1793) emerges today as one of the more fascinating and influential architects of the French Enlightenment. Much admired by his contemporaries for his large circular market, the Halle au Blé (1763–67), Le Camus made his very significant mark on French Neoclassical theory with his fanciful and quixotic study The Genius of Architecture; or, The Analogy of That Art with Our Sensations (1780). In part a handbook on the planning of the French hôtel, in part a sensationalist exploration of form and its sentimental or expressive value—Le Camus’s always discreet and politic analysis argues the point that architecture should please the senses as well as the mind. Not only did such a proposition bring to a conclusion the theories of planning and caractère put forward by Germain Boffrand and Jacques-François Blondel, it also supplied the theoretical underpinning for the formal explorations of Etienne-Louis Boullée, Claude-Nicolas Ledoux, and John Soane. These issues and others are considered in the masterly and informative introduction by Professor Robin Middleton, which traces the theoretical development of such ideas through classical times and the eighteenth-century theories of Jean-Louis de Cordemoy, Jean-Baptiste Dubos, Roger de Piles, Etienne Bonnot de Condillac, Claude-Henri Watelet, Thomas Whateley, and Jean-Marie Morel. 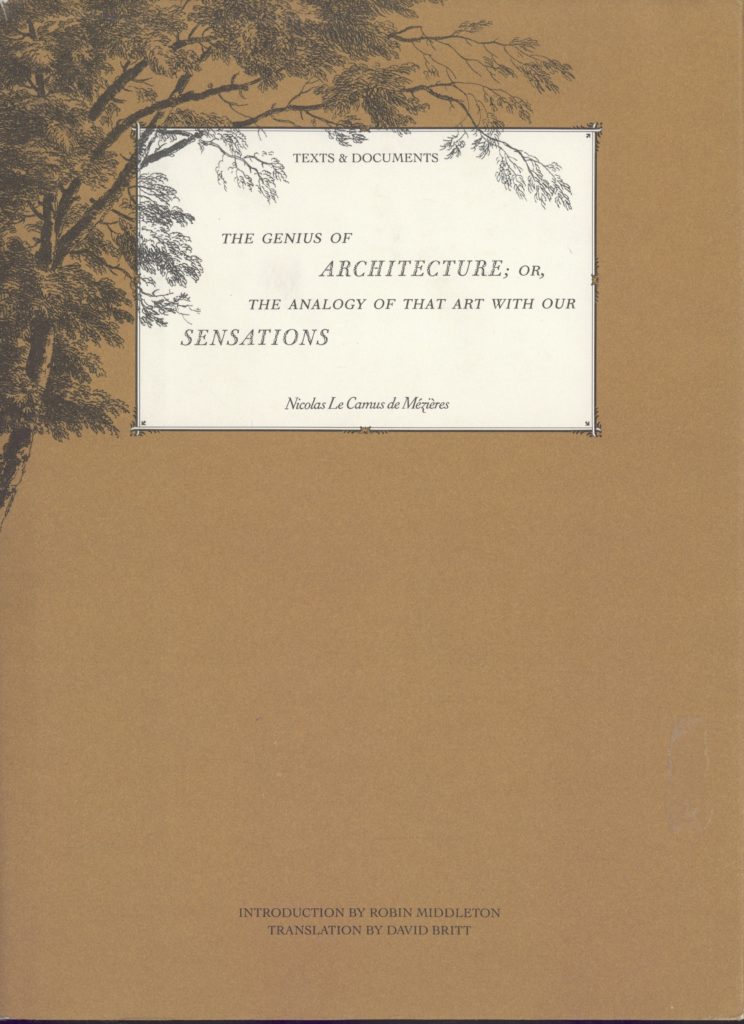 Warner, Alone of All Her Sex

Perrault, Ordonnance For The Five Kinds Of Columns After The Method Of The Ancients