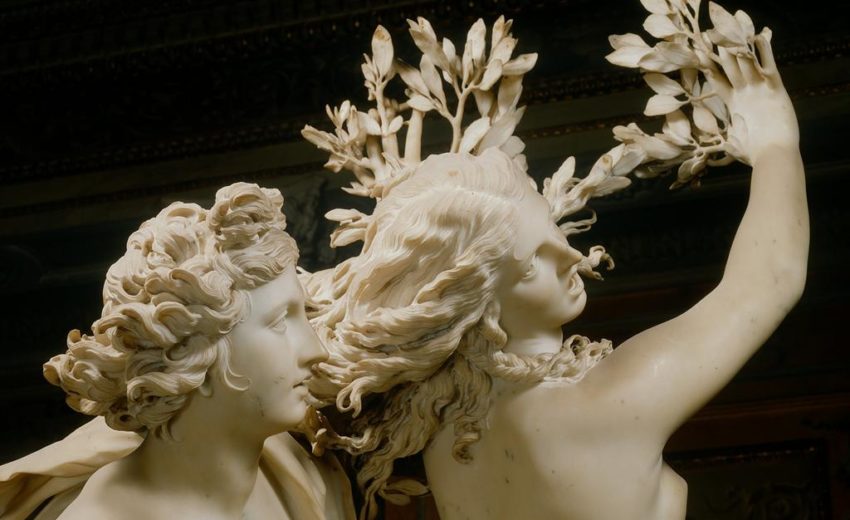 Ovid is, after Homer, the single most important source for classical mythology. The Metamorphoses, which he wrote over the six-year period leading up to his exile from Rome in 8 a.d., is the primary source for over two hundred classical legends that survived to the twenty-first century. Many of the most familiar classical myths, including the stories of Apollo and Daphne and Pyramus and Thisbe, come directly from Ovid. The Metamorphoses is a twelve-thousand-line poem, written in dactylic hexameters and arranged loosely in chronological order from the beginning of the universe’s creation to the Augustan Rome of Ovid’s own time. The major theme of the Metamorphoses, as the title suggests, is metamorphosis, or change. Throughout the fifteen books making up the Metamorphoses, the idea of change is pervasive. Gods are continually transforming their own selves and shapes, as well as the shapes and beings of humans. The theme of power is also ever-present in Ovid’s work. The gods as depicted by the Roman poets are wrathful, vengeful, capricious creatures who are forever turning their powers against weaker mortals and half-mortals, especially females. Ovid’s own situation as a poet who was exiled because of Augustus’s capriciousness is thought by many to be reflected in his depictions of the relationships between the gods and humans.

Ovid, The Art of Love