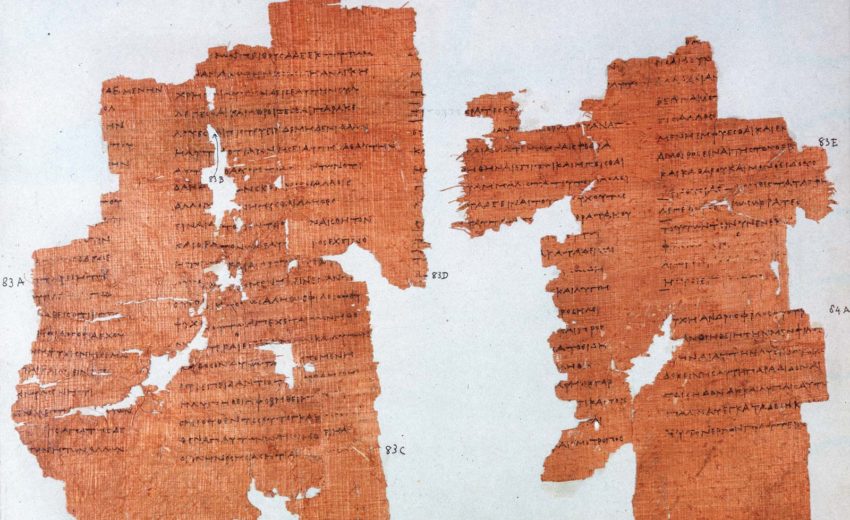 The Phaedo is one of the most widely read dialogues written by the ancient Greek philosopher Plato. It claims to recount the events and conversations that occurred on the day that Plato’s teacher, Socrates (469-399 B.C.E.), was put to death by the state of Athens. It is the final episode in the series of dialogues recounting Socrates’ trial and death. The earlier Euthyphro dialogue portrayed Socrates in discussion outside the court where he was to be prosecuted on charges of impiety and corrupting the youth; the Apology described his defense before the Athenian jury; and the Crito described a conversation during his subsequent imprisonment. The Phaedo now brings things to a close by describing the moments in the prison cell leading up to Socrates’ death from poisoning by use of hemlock.

Among these “trial and death” dialogues, the Phaedo is unique in that it presents Plato’s own metaphysical, psychological, and epistemological views; thus it belongs to Plato’s middle period rather than with his earlier works detailing Socrates’ conversations regarding ethics. Known to ancient commentators by the title On the Soul, the dialogue presents no less than four arguments for the soul’s immortality. It also contains discussions of Plato’s doctrine of knowledge as recollection, his account of the soul’s relationship to the body, and his views about causality and scientific explanation. Most importantly of all, Plato sets forth his most distinctive philosophical theory—the theory of Forms—for what is arguably the first time. So, the Phaedo merges Plato’s own philosophical worldview with an enduring portrait of Socrates in the hours leading up to his death.