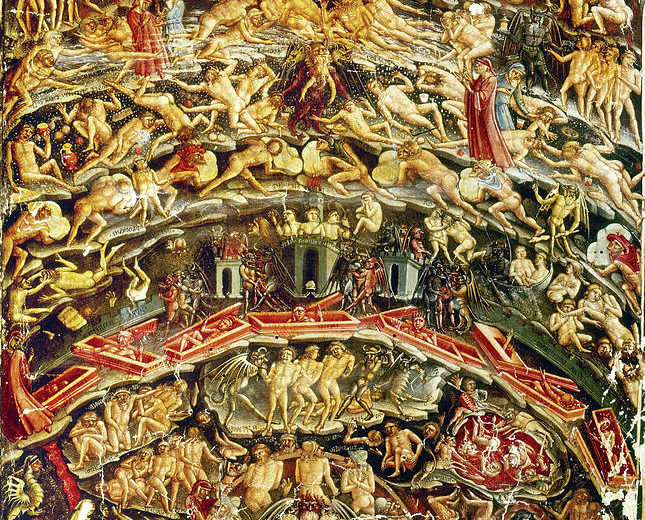 The Divine Comedy is Dante’s record of his visionary journey through the triple realms of Hell, Purgatory and Paradise. This, the first ‘epic’ of which its author is the protagonist and his individual imaginings the content, weaves together the three threads of Classical and Christian history; contemporary Medieval politics and religion; and Dante’s own inner life including his love for Beatrice, to create the most complex and highly structured long poem extant.

Through the depths of Hell in the Inferno, and upwards along the mountain of Purgatory in the Purgatorio, Dante is guided by Virgil, the great poet of the Classical Roman Empire, exploring, as he does so, the political, ethical and religious issues of his time. Dante in his own life, and in this epic, represents a ‘party of one’, desirous of purifying the Church on the one hand, and the Holy Roman Empire on the other, yet caught between those two great worldly powers, and turning to literature to make his voice heard.

From the summit of Purgatory, Dante ascends in the Paradiso, guided by Beatrice, into the celestial Paradise, where love, truth and beauty intertwine in his great vision of the Christian revelation. Yet the Commedia is essential reading not merely for Christians, poets, and historians, but for anyone struggling with issues of morality, the ethical framework of society, and the challenge of living the true life. 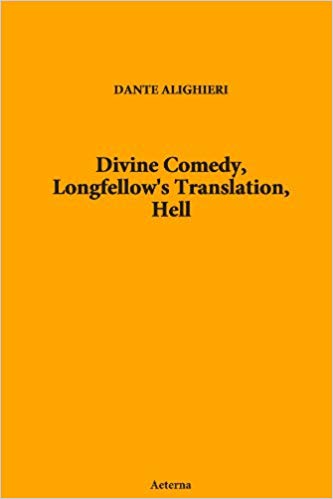 Darwin, On the Origin of Species