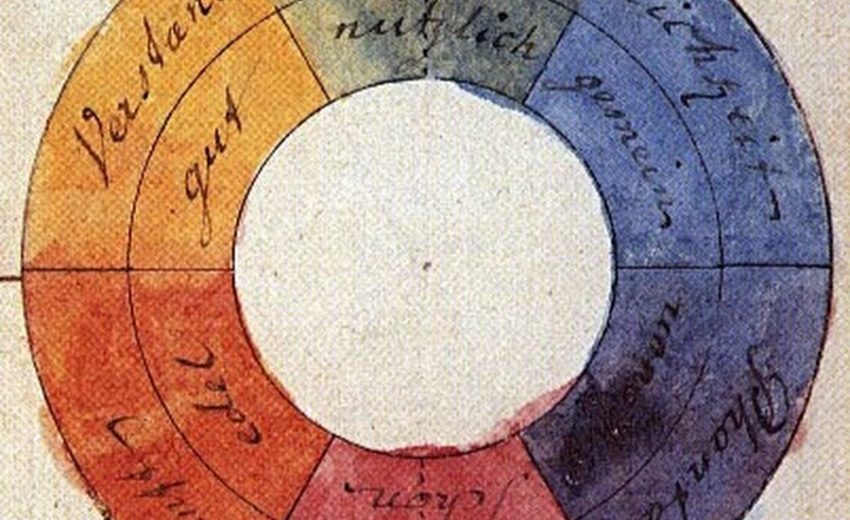 Theory of Colours is a book by Johann Wolfgang von Goethe about the poet’s views on the nature of colours and how these are perceived by humans. Published in 1810, it contains detailed descriptions of phenomena such as coloured shadows, refraction, and chromatic aberration. The work originated in Goethe’s occupation with painting and mainly exerted an influence onto the arts (Philipp Otto Runge, J. M. W. Turner, the Pre-Raphaelites, Wassily Kandinsky). Although Goethe’s work was rejected by physicists, a number of philosophers and physicists have concerned themselves with it, including Thomas Johann Seebeck, Arthur Schopenhauer (see: On Vision and Colors), Hermann von Helmholtz, Rudolf Steiner, Ludwig Wittgenstein, Werner Heisenberg, Kurt Godel, and Mitchell Feigenbaum. Goethe’s book provides a catalogue of how colour is perceived in a wide variety of circumstances, and considers Isaac Newton’s observations to be special cases. Unlike Newton, Goethe’s concern was not so much with the analytic treatment of colour, as with the qualities of how phenomena are perceived. Philosophers have come to understand the distinction between the optical spectrum, as observed by Newton, and the phenomenon of human colour perception as presented by Goethe—a subject analyzed at length by Wittgenstein in his exegesis of Goethe in Remarks on Colour. 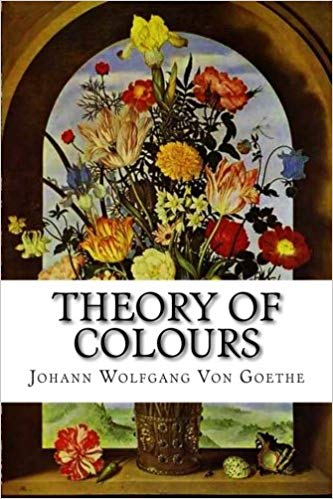 Fergusson, An Historical Inquiry into the True Principles of Beauty in Art