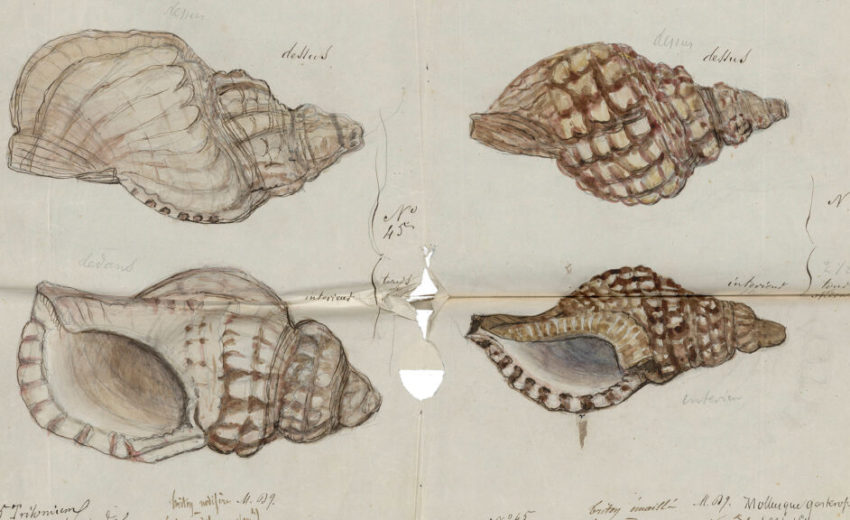 ‘The Sea’ is another of M. Michelet’s dreamy volumes,—half science, half fancy, with a blending in both of sensuous suggestion. M. Michelet takes the seas of the world in his hands, manipulates them, invokes their monsters, assembles all their finny droves, gossips with the sirens, sails among the Hyperborean waters with Behemoth, and is on intimate terms with Tennyson’s little shell-king, who lives in a palace with doors of diamond, and wears a rainbow frill, for the admiration of the nations that dwell in his dim, sunken wildernesses. He discourses upon marine terrors and beauties, and tells the reader, as a sublime Peter Parley might, that the salt of all the seas, if piled upon America, would spread over the continent a solid, cliff-edged mass, 4,500 feet high. There are chapters on Sands, Cliffs and Beaches; on Waves; on the anatomy of the Sea itself, which resembles “a gigantic animal arrested in the earliest stage of its organization;” on Tempests; on the sympathy between Air and Water; on the Fecundity of the Sea, which, were it not self-devouring, would putrefy, according to M. Michelet into one solid mass of herring; on Fish of every species, and especially on Pearls. The Queens of the East, he says, dislike the gleams of the diamond. They will allow nothing to touch their skins except pearls. A necklace and two bracelets of pearls constitute the perfection of ornament. The pearls silently say to the woman, “Love us! hush!” In the North, too, dainty Countesses love their pearls,—wearing them beneath their clothes by night and by day, concealing them, caressing them, only now and then exposing them. So do the Odalisques of Asia prize the soft linen vestment that just covers their limbs, never taking it off until worn out, which says little for Oriental baths.

Michelet, The Women of the French Revolution