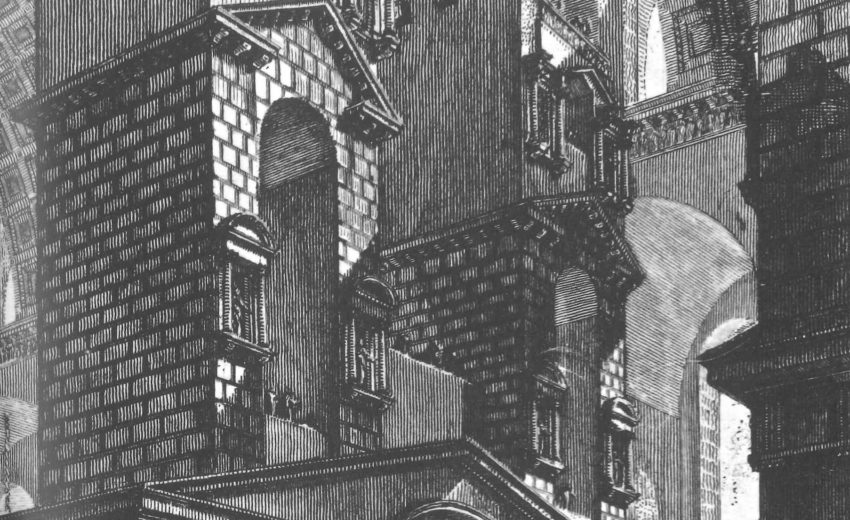 Piranesi, Observations on the Letter of Monsieur Mariette

Published in 1765, Giovanni Battista Piranesi’s Osservazioni is an impassioned defense of the superiority of Roman architectural invention over the beautiful and noble simplicity of ancient Greece. In this three-part polemical masterpiece, the famed engraver and designer not only praises the structural audacity of Etruscan architecture and contends that the Etruscans—not the Greeks—were the artistic mentors of the Romans but also argues for a Roman-inspired exuberance in design that draws freely on all forms and traditions of ancient art.

Although Piranesi’s essentially Baroque vision set him at odds with the austere aesthetics of Neoclassicism, his ideas were inspirational to such gifted eighteenth-century architects as Robert Adam, John Soane, Claude-Nicolas Ledoux, and Étienne-Louis Boullée. Today, Piranesi’s lively plea for imaginative eclecticism remains topical, as practitioners and theorists continue to debate the relative merits of a rational and minimal architecture versus an architecture rich in ornament and historical references.

John Wilton-Ely is professor emeritus in the history of art at the University of Hull, England, and the author of the definitive works on Piranesi including Piranesi as Architect and Designer and Giovanni Battista Piranesi: The Complete Etchings. Caroline Beamish’s numerous published translations range from Michel Melot’s The Impressionist Print to Franco Cardini’s Europe and Islam. David Britt has translated an array of books, including Jean-Nicolas-Louis Durand’s Precis of the Lectures on Architecture and Aby Warburg’s The Renewal of Pagan Antiquity (Getty Publications, 1999). 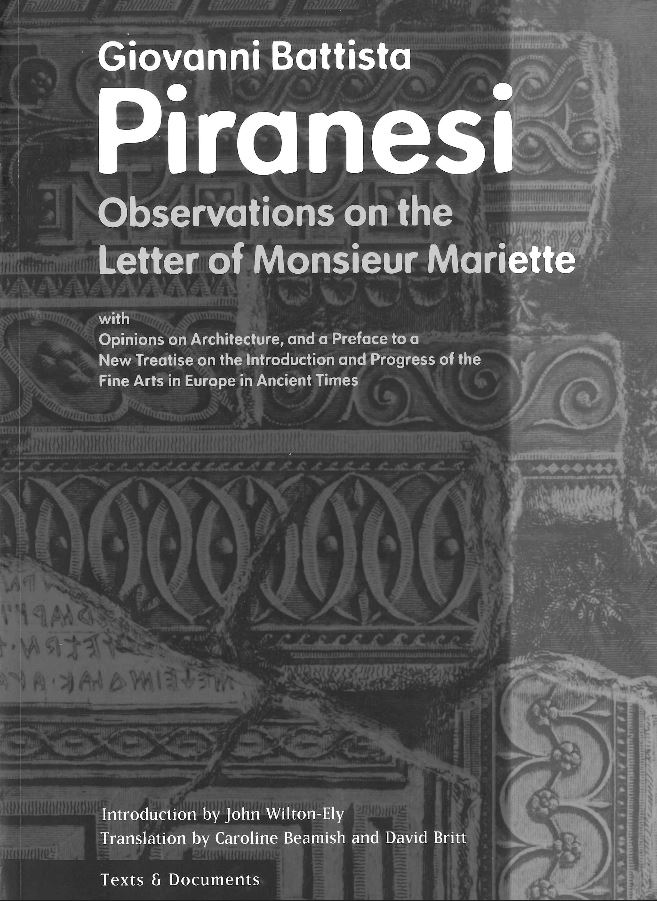 Porphyrios, On the Methodology of Architectural History