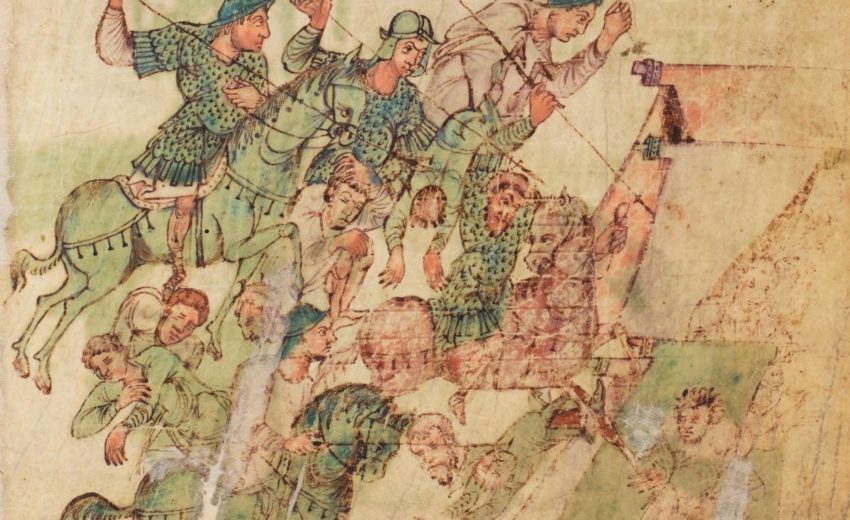 The Psychomachia (Battle of Spirits or Soul War) is a poem by the Late Antique Latin poet Prudentius, from the early fifth century AD. It has been considered to be the first and most influential “pure” medieval allegory, the first in a long tradition of works as diverse as the Romance of the Rose, Everyman, and Piers Plowman; however, a manuscript discovered in 1931 of a speech by the Second Century Academic Skeptic philosopher Favorinus employs psychomachia, suggesting that he may have invented the technique.

In slightly less than a thousand lines, the poem describes the conflict of vices and virtues as a battle in the style of Virgil’s Aeneid. Christian faith is attacked by and defeats pagan idolatry to be cheered by a thousand Christian martyrs. The work was extremely popular, and survives in many medieval manuscripts, 20 of them illustrated. It may be the subject of wall paintings in the churches at Claverley, Shropshire, and at Pyrford, Surrey, both in England.

The word may be used more generally for the common theme of the “battle between good and evil”, for example in sculpture.

Prudentius, The Divinity Of Christ

Prudentius, The Origin of Sin