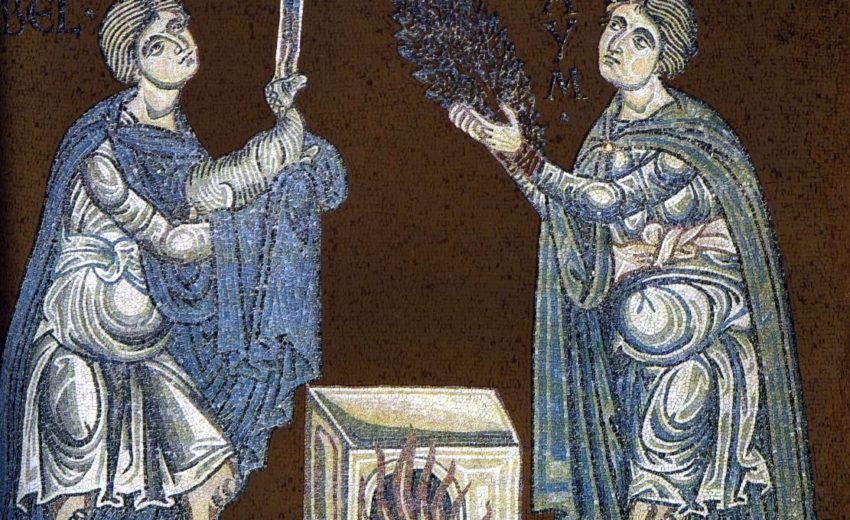 Prudentius, The Origin of Sin

Aurelius Prudentius Clemens (348-ca. 406) is one of the great Christian Latin writers of late antiquity. Born in northeastern Spain during an era of momentous change for both the Empire and the Christian religion, he was well educated, well connected, and a successful member of the late Roman elite, a man fully engaged with the politics and culture of his times. Prudentius wrote poetry that was deeply influenced by classical writers and in the process he revived the ethical, historical, and political functions of poetry. This aspect of his work was especially valued in the Middle Ages by Christian writers who found themselves similarly drawn to the Classical tradition. Prudentius’s Hamartigenia, consisting of a 63-line preface followed by 966 lines of dactylic hexameter verse, considers the origin of sin in the universe and its consequences, culminating with a vision of judgment day: the damned are condemned to torture, worms, and flames, while the saved return to a heaven filled with delights, one of which is the pleasure of watching the torments of the damned. As Martha A. Malamud shows in the interpretive essay that accompanies her lapidary translation, the first new English translation in more than forty years, Hamartigenia is critical for understanding late antique ideas about sin, justice, gender, violence, and the afterlife. Its radical exploration of and experimentation with language have inspired generations of thinkers and poets since-most notably John Milton, whose Paradise Lost owes much of its conception of language and its strikingly visual imagery to Prudentius’s poem.

Scotus, On Being and Cognition (Ordinatio 1.3)