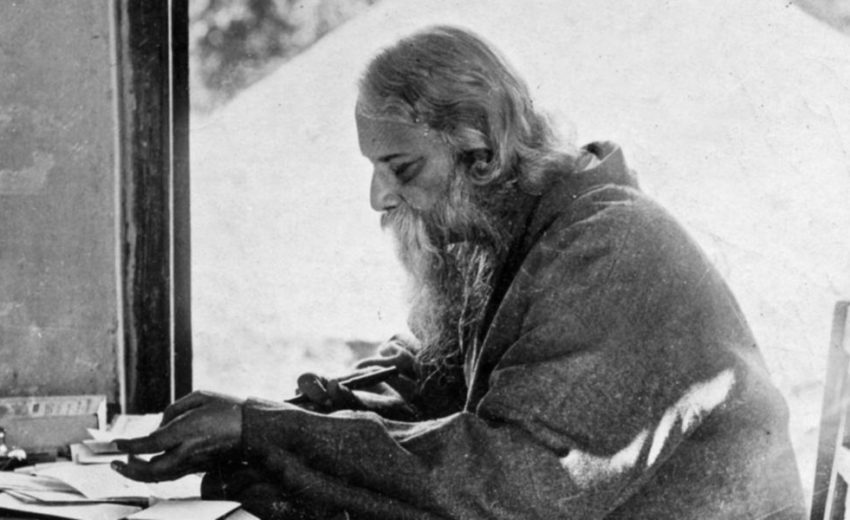 Tagore, The Home and the World

The Home and the World (in the original Bengali, ঘরে বাইরে Ghôre Baire or Ghare Baire, lit. “At home and outside”) is a 1916 novel by Rabindranath Tagore. The book illustrates the battle Tagore had with himself, between the ideas of Western culture and revolution against the Western culture. These two ideas are portrayed in two of the main characters, Nikhilesh, who is rational and opposes violence, and Sandip, who will let nothing stand in his way from reaching his goals. These two opposing ideals are very important in understanding the history of the Bengal region and its contemporary problems.

There is much controversy over whether or not Tagore was attempting to represent Gandhi with Sandip. This is owing to Gyorgy Lukacs’s 1922 review of the novel in the Berlin periodical, Die rote Fahne (that is typically translated into English as “Tagore’s Gandhi Novel”) where he makes this mistaken suggestion. The novel could not have been based on Gandhi as it was published in 1916 (and written before) when Gandhi had just moved to India from South Africa (1915) and was not a known political figure. Gandhi gained political prominence in India in the context of the Khilafat movement of 1919, which was long after the novel’s publication, and took over the leadership of the Indian National Congress in 1920.

The novel was translated into English by the author’s nephew, Surendranath Tagore, with input from the author, in 1919. The Home and the World was among the contenders in a 2014 list by The Telegraph of the 10 all-time greatest Asian novels.

Spuybroek, Grace and Gravity: Architectures of the Figure